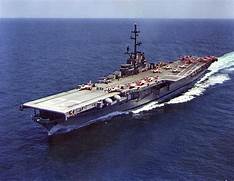 It is with sadness that we announce the passing of Ronald Andsager on January 5, 2022.

Ron was born in New York City on January 18, 1934 to Ernest and Nan (Schmidt) Andsager. He is survived by Louise (Tanzosch) Andsager. his loving wife of 63 years, three sons and nine

grandchildren: Steven (Trudy), Lindsay, Gretchen and Matthew, Kenneth (Kim), Daniel, Amanda and Luke, Wayne (Leslie), Emily, Lauren, and Christian and his loving sister Valerie Perkins. He was preceded in death by his parents and his older brother, Lawrence (Kay).

Ron was the product of the NYC School System PS 71, Columbus High School, and the City College of NY (CCNY). He was a proud four-year Navy Veteran (USS Antietam CVS 36). He retired as First Vice President (Human Resources) of the former Rhode Island Hospital Trust National Bank, Providence RI in 1990 and after that he relocated to Melbourne, FL. He was a Founding Member of St. John the Evangelist Catholic Church and long time Viera Hospital (Fla.) Volunteer. He also was past President of the Providence Boys and Girls Club and the Kent County Mental Health Association (RI).

Ron enjoyed his 30 plus years of retirement volunteering, playing golf and making friends with many at Suntree and Baytree golf clubs, playing bridge, painting, learning magic and traveling. One of his most memorable trips in retirement was with his wife and sister to the town of Andsager in Denmark to explore his family heritage.

In lieu of flowers, memorials can be made in Ron’s name to St. John the Evangelist Catholic Church, 5655 Stadium Parkway, Viera, Florida.

A Memorial Mass will be held 10:30 Thursday, February 3, 2022 at St John the Evangelist Catholic Church.  Military honors will begin in the afternoon at 3:00 P.M. at Cape Canaveral National Cemetery.  Father John Britto Antony will preside over the service.

To send flowers to the family or plant a tree in memory of Ronald B. Andsager, please visit our floral store.